We use cookies to provide you with a better experience. By continuing to browse the site you are agreeing to our use of cookies in accordance with our Cookie Policy.
Skip To Content
Home » 25 new facilities and expansions announced by pet food, treat industry suppliers

To kick off 2021, Cargill held a virtual ribbon-cutting ceremony on Jan. 11 to commemorate the opening of its newest animal nutrition premix facility in Lewisburg, Ohio. The 220,000-square-foot facility features advanced technology that allows the use of less resources to produce feed ingredients for pet food production and animal agriculture, while ensuring high quality and ingredient traceability.

Enterra Feed Corporation, a manufacturer of sustainable protein ingredients for use in pet food and animal feed, announced it had received a $6 million investment from Agriculture and Agri-Food Canada to construct a full-scale, 188,000-square-foot commercial insect processing facility in Rocky View County, Alberta, Canada. The financial support also allowed Enterra to install state-of-the-art equipment and processes at the facility to enhance capacity and efficiency.

Northern Pelagic Group, LLC established its first facility outside of New Bedford, Mass. in March with the addition of a new pet food ingredient manufacturing plant in northeastern Pennsylvania. The company planned to renovate an existing 70,000-square-foot facility in Humboldt Industrial Park, which will now house three ingredient processing lines.

Multivac Inc. opened a $11.2 million logistics center in Kansas City in March, offering 33,000 square feet of space to house more than 7,000 spare part SKUs. The facility also features a $4 million automated storage and retrieval system that was expected to increase efficiencies at the facility by 30%.

EnviroFlight, an insect-processing subsidiary of Darling Ingredients, started construction on a new R&D facility in April, which is expected to wrap up in early 2022. The site will support research on black soldier flies and their larvae, and how to best use ingredients derived from those sources in animal health and nutrition products, as well as other market categories. 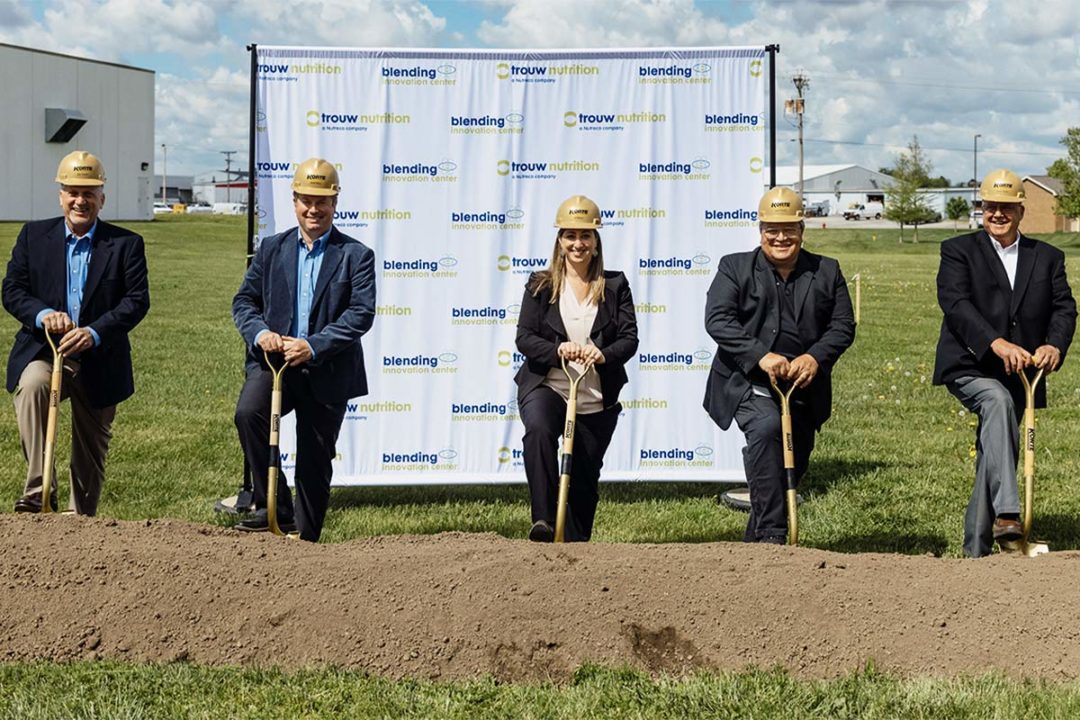 Archer Daniels Midland (ADM) shared plans for a soybean crushing facility and refinery in North Dakota, which will serve food, feed and industrial biofuel customers. The estimated $350 million facility will be based in Spiritwood and have the capacity to process 150,000 bushels of soybeans per day. The facility is expected to be complete prior to the 2023 harvest.

France-based Ÿnsect, another insect ingredient processor, began construction at its third production site in Amiens in mid-May, which is expected to span more than 480,000 square feet with the capacity to produce more than 200,000 metric tons of insect ingredients per year. It is scheduled for completion at the end of 2021.

The University of Illinois College of Agricultural, Consumer and Environmental Sciences (ACES) officially opened its new-and-improved Feed Technology Center in June, celebrating the opening with a video series and fact sheet in lieu of an in-person ceremony. The 12,000-square-foot facility replaces a 95-year-old feed mill and features several new technologies. 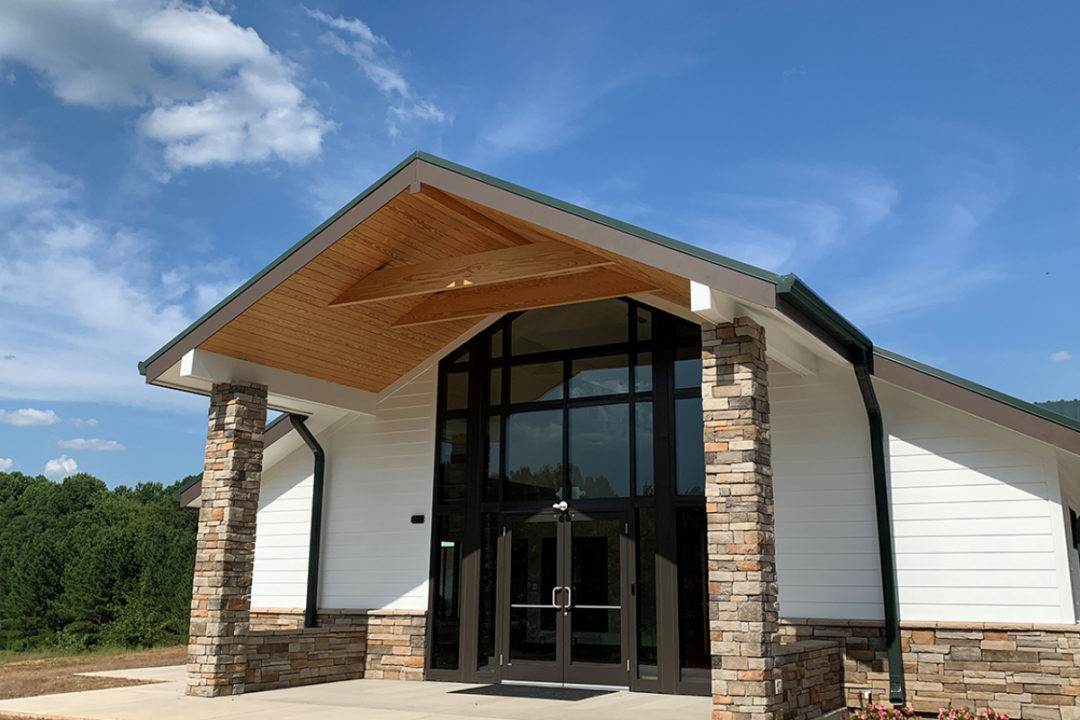 Back in the states, Diana Pet Food announced an expansion to its South Carolina-based palatability measurement services center in August. The facility specifically offers palatability services for cat food manufacturers and will feature two new panels of 40 cats each. One of the new panels will be focused on Liking and Versus tests for dry cat foods, while the other will be dedicated to wet cat food palatability testing.

In July, ProAmpac cut the ribbon at its new global Collaboration & Innovation Center (CIC) in Rochester, N.Y., alongside New York government officials and Rochester business leaders. The company invested $8 million in the new 35,000-square-foot facility, which will help it solve packaging challenges for its customers.

Allpax moved its manufacturing to a larger, 86,000-square-foot facility in Covington, La., in July. The new space is more than twice the size of its old campus, which will help the company accommodate its growing batch retort systems business.

Barrett Petfood Innovations and Anchor Ingredients Co., LLC have teamed up this year to establish North Freeze Dry, a premium manufacturer of freeze-dried protein ingredients for use in pet food formulations. The companies broke ground on July 20 on a state-of-the-art freeze-drying facility in Little falls, Minn., which is scheduled for completion in the first half of 2022.

In August, GEA announced it would design a pilot plant for hydrolyzed krill protein production for Aker BioMarine, a Norwegian biotech company that offers krill-based ingredients for sustainable health, aquaculture and animal feed products. According to GEA, the pilot processing facility will be the world’s first to focus specifically on krill protein.

Nationwide Boiler Inc. established a new location in Alvin, Texas, where it will house sales, storage and maintenance operations for its rental boilers, feedwater systems, SCRs and auxiliary equipment customers on the Gulf Coast. The company has leased a portion of the facility, which is owned by its partner NBW, Inc.

In late-August, Scoular broke ground on a new 14,400-square-foot marine protein processing facility in Warrenton, Ore. The $12 million project represents a joint venture with Da Yang Seafoods and Bornstein Seafoods and “will create a larger supply base for our pet food and aquaculture customers,” according to Scoular. It is expected to be completed in the summer of 2022.

D&D Ingredient Distributors announced the impending completion of two significant capital expansion projects, including the expansion of its transloading facilities and a brand-new, 62,000-square foot warehouse, both in Delphos, Ohio.

Earlier this month, ePac Flexible Packaging announced it will open its first Australian facility in the fourth quarter of 2021. The facility will serve local small- to medium-sized businesses in the pet food, snack, supplement, natural and organic foods, confectionary and coffee markets.

Most recently, Ingredion Incorporated debuted new production capabilities for flours and concentrates at its pulse-based protein facility in Vanscoy, Saskatchewan, Canada. The facility currently produces flours and concentrates from pulses such as peas, lentils and fava beans that are sustainably sourced from North American farms, which will now be applicable across a broader range of food and pet food applications, according to the company.