ST. LOUIS — Nestlé Purina issued a voluntary recall March 29 for a limited amount of its Muse wet cat food for potentially containing pieces of rubber. The only formula included in the recall is Natural Chicken Recipe in Gravy, packaged in three-ounce cans. Purina announced the recall after receiving consumer complaints claiming rubber pieces were found in the cat food. 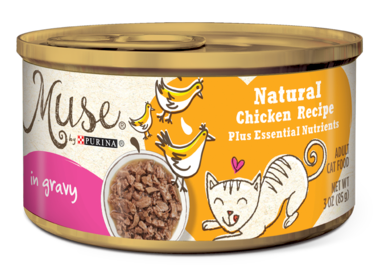 According to Purina, no other products were impacted by this recall. The company issued the following statement: “We have made changes to our process so this should not happen in the future. While we have not received any reports to date of injury or illness to cats fed this product, we are conducting this voluntary recall as a precaution.”