We use cookies to provide you with a better experience. By continuing to browse the site you are agreeing to our use of cookies in accordance with our Cookie Policy.
Skip To Content
Home » ASF: Pork industry hopes for the best, prepares for the worst

ASF: Pork industry hopes for the best, prepares for the worst

KANSAS CITY, MO. — The threat of animal diseases is looming over the US poultry and pork industries and, by association, the pet food processing industry. Highly pathogenic avian influenza (HPAI) has long since infiltrated North America and, fortunately or unfortunately, poultry industry stakeholders are equipped with historical trends, federal resources and best practices to prevent and mitigate its spread.

The risk of African swine fever (ASF) presents itself in a different way. Because the disease has not yet entered the United States, the pork industry, veterinary professionals and regulators have banded together to prevent ASF from entering the United States — and developed a thorough containment plan if worse comes to worst.

Pet Food Processing spoke with two topic experts to dive into the current risk environment for each of these animal diseases, as well as best practices, federal tools and funding granted to address HPAI and ASF in the United States.

Continue reading to hear from David Meeker, Ph.D., senior vice president of the North American Renderers Association (NARA) and director of research at the Fats and Proteins Research Foundation, about his optimistic outlook on ASF and what would happen if the virus entered the country.

According to the Iowa Department of Agriculture and Land Stewardship, ASF first cropped up in Kenya in 1921 and has since spread across sub-Saharan Africa and some areas of West Africa, as well as Eastern Europe, Belgium, China and Vietnam. The animal disease has yet to enter the United States, Canada, Australia or New Zealand, but cases of ASF in Haiti and, most recently, the Dominican Republic have put the United States on high alert.

Pork production and pork prices have been impacted by ASF, notably in Thailand, Vietnam and the Philippines, according to Rabobank’s Global Pork Quarterly Q3 2022 report. The USDA estimates Thailand’s pork supply to drop by 35% in 2022, while prices for pork have increased by 60% since September 2021. According to Chenjun Pan, senior analyst of Animal Protein at Rabobank, the issue of ASF in the Dominican Republic and Haiti remains, but is well contained.

ASF is highly contagious and can be spread from animal to animal through body fluids, through ticks that feed on infected animals, and through cross-contamination with humans that care for, transport or otherwise interact with swine, according to the USDA.

Because the virus is highly contagious, with a 100% mortality rate and no vaccine currently available, quick detection and depopulation of infected pigs is central to the United States’ response.

Meeker holds an optimistic view of the situation, putting faith in the USDA and industry stakeholders to prevent ASF from entering the United States.

“The United States has a really good system,” Meeker said. “The USDA Animal and Plant Health Inspection Service is staffed with good veterinarians and really hard-working people that are doing their best to keep [ASF] out, including working with border control to make sure there are not smuggled products that could be infected.

"Vigilance is high. Producers and veterinarians across the country are all watching for it,” Meeker said.

“…I don’t think it’s inevitable that we get the disease in the United States,” he added. “I think there’s a reasonable chance that we can keep it from infecting and US pigs and, if it does somehow get into a US herd, I think there’s a fair chance, again, that our surveillance systems will pick it up fairly early. Vigilance is high. Producers and veterinarians across the country are all watching for it.”

According to Meeker, the pet food manufacturing industry is a notable outlet for pork protein and pork byproducts, and any impact to this supply would be significant to the pet food industry. If the virus entered the United States, first there would be a glut of pork protein, followed by a shortage.

If ASF entered the United States on a widespread level, pork producers and adjacent industry stakeholders would face a “years-long battle,” Meeker said, and the pet food industry would likely see a severe impact. From a marketing perspective, consumers would likely turn away from pork-inclusive pet food products in the case of a domestic outbreak.

The United States is one of the world’s premier pork producers and the second-largest exporter of pork globally. In 2021, the country exported $8.11 billion in pork (roughly 3 metric tons), primarily to China, Japan, Mexico and Canada, according to the USDA’s Foreign Agricultural Service (FAS). If the virus were to enter the United States, the USDA has estimated costs of approximately $50 billion over the next 10 years.

Meeker shared “even a rumor of a case” in the United States would shut down pork exports to some countries and, when the situation was contained, pork producers would have to jump through several hoops to reclaim export status. This process could take months, he added.

“It's just a major market disruption in any angle you look from,” Meeker said.

Upon first detection, the USDA and industry alike would need to move swiftly to contain — and stop — the spread of ASF to other herds. This includes state veterinary authorities and health officials, as well as federal regulatory officers. Meeker shared a 72-hour stop movement would ensue, meaning all live pigs would be contained until experts can determine how big the containment area needs to be and establish immediate and contingent plans of action. 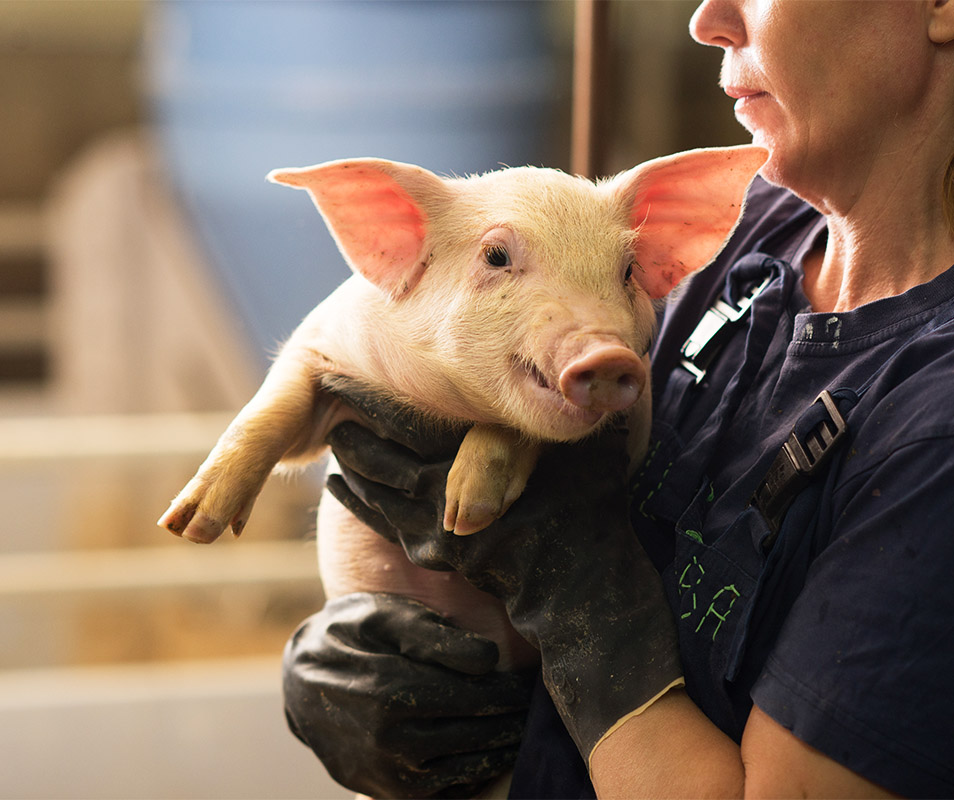 ASF is not a danger to humans but, because the virus can spread through handlers’ clothing, farm equipment and uncooked pork products, additional sanitary precautions are critical to keep the virus out of the United States and prevent the spread if it enters the country. (Source: ©AGNORMARK – STOCK.ADOBE.COM)

“It would be a combination of testing and control and regulatory authorities,” he added. “Renderers and pork producers will need to cooperate and do their best to shorten the time as much as possible. Nobody wants to be responsible for spreading the disease, so everybody will be in vigilance mode.”

Like with HPAI, ASF can be spread among domestic and wild pigs, as well as through people working closely with pigs. The highly contagious virus is not infectious to humans, but people can transmit the virus through their clothing, farm equipment and uncooked pork products, according to the USDA.

“Vehicles and drivers of vehicles are a major vector that can spread it,” Meeker shared. “…Nothing's back to normal — labor is tight, drivers are tight, and now if you have to everything down by washing trucks and restricting where drivers can walk, it's going to take more people.”

Meeker shared NARA is currently putting together guidelines for its renderer members to follow in situations where transportation must go through a control zone or near a plant, as well as contingency plans for local risk and additional sanitation, banning plant visitations and keeping strict separation between raw zones and cook zones inside a facility.

According to the Iowa Department of Agriculture and Land Stewardship, symptoms of ASF in pigs include high fever, coughing, difficulty breathing, diarrhea, discharge around the eyes, pregnancy complications or weak litters, reddening or darkening of the skin on the face, vomiting, and overall weakness.

In April, a vaccine candidate for ASF passed “an important safety test required for regulatory approval” in April, inching closer to commercial availability, according to the USDA’s Agricultural Research Service (ARS).

In June 2022, the USDA’s Animal and Plant Health Inspection Service (APHIS) announced the launch of its Protect Our Pigs campaign, aiming to provide commercial pork producers, veterinarians and pig owners with resources that help safeguard against ASF. The program aims to support the United States’ first line of defense against ASF, including more than 60,000 pork producers, over 1,500 swine veterinarians, and pig owners of the estimated 250,000 to 1 million domestic pigs.

The USDA estimates 76 million pigs are at risk if ASF enters the country, which would also impact the half-million jobs supported by the pork industry.

With the threat of ASF looming over the United States, Meeker remains confident in the country’s contingency planning and preparation to prevent the virus from entering the United States and, if worse comes to worse, minimizing the impact swiftly to keep the pork industry up and running.

Continue reading about the impact of HPAI on the US pet food industry. For more regulatory news affecting the pet food market, visit our Regulatory page.