Wilder Harrier launched its first product in August 2019, featuring black soldier fly powder as the main source of protein. The company’s second product appeared on shelves in late 2020, this time incorporating an invasive species of Asian carp found in Canadian and US rivers and lakes.

Now, both of these diets are available in formulations designed for puppies. Similarly to its adult dog food formula, black soldier flies (Hermetia illucens) used in Wilder Harrier’s Farmed Insect Formula for puppies are sourced from insect-rearing facilities throughout Canada.

Insect protein is recognized by the brand as a hypoallergenic, digestible alternative to more traditional proteins seen in the pet food space. The diet is fortified with blueberries and thyme extract to deliver antioxidants, as well as a prebiotic premix to support gut health. 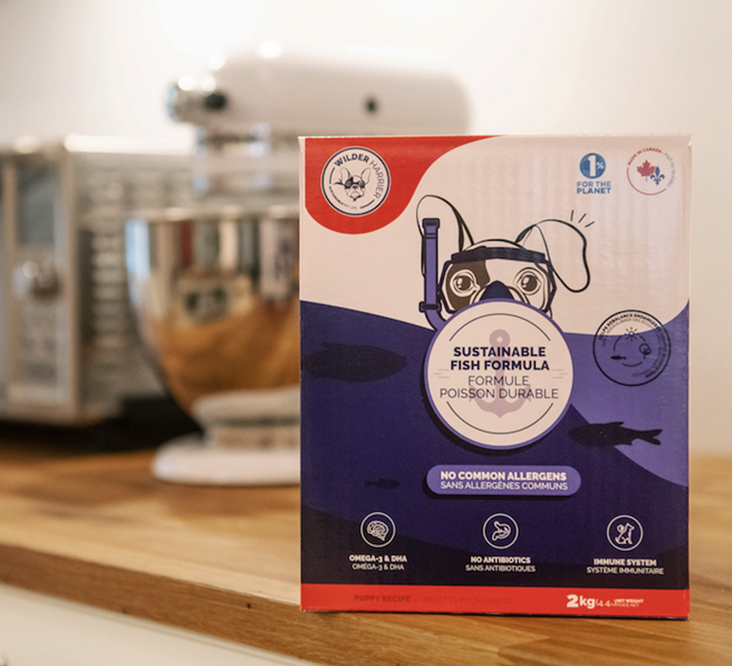 According to the company, this type of freshwater fish was imported into the southern United States in the 1960s “to control harmful algal blooms and aquatic vegetation in certain aquaculture facilities.” The species has since migrated north, infesting surrounding lakes and rivers and endangering local ecosystems.

This Sustainable Fish Formula also features blueberries and thyme as antioxidant sources, and is fortified with DHA to support brain and eye development. Because the company sources its Asian carp from the wild, the ingredient is free from antibiotics or pesticides, Wilder Harrier stated.