We use cookies to provide you with a better experience. By continuing to browse the site you are agreeing to our use of cookies in accordance with our Cookie Policy.
Skip To Content
Home » Continued growth for South African pet food market

Despite a drop in the production of wheat in recent months on the back of reducing acreage under the crop and liberalization of the wheat market, South Africa’s pet food industry has recorded an increase in sales since 2014 with the $94.5 million achieved in 2016 being the highest in the last four years. The sales volumes were higher than those of 2014 and 2015 when local manufacturers and importers sold $73.7 million and $89.7 million of pet food, respectively.

Although the 2018 data on the number of pets, particularly dogs and cats, was not immediately available, South Africa is estimated to have had 9.1 million dogs and 2.4 cats by 2014. These pet numbers are driving increase in consumption of pet foods in the country where the domestic pet food market is dominated by Martin & Martin, Mars Africa Pty Ltd and RCL Foods and its subsidiary Food Corp Pty Ltd, among others.

These manufacturers produce their own branded animal food products and also manage their own distribution network alongside other outlets such as retailers/supermarkets, wholesalers and specialty pet food stores.

Currently, South Africa’s pet food market comprises of a mixture of imports and domestic products with the country being a major gateway to regional pet food markets, especially of members of the Southern African Development Community (SADC), a 15-member nation inter-governmental organization based in Gaborone, the capital city of Botswana.

In 2016, South Africa’s value of imported and exported pet foods was estimated at $40 million and $20 million, respectively.

In 2016, South Africa’s value of imported and exported pet foods was estimated at $40 million and $20 million, respectively, by the Global Trade Atlas, a global merchandise trade statistics database. The United States, France and the Netherlands contributed 75% of the total pet food imports, according to the U.S. Department of Agriculture (USDA).

In addition, the Pet Food Industry Association of Southern Africa (PFI), a non-profit body lobbying for high quality nutritional standards of pets, also ensures compliance with stipulated regulations by randomly and regularly purchasing pet foods in the market and subjecting them to independent laboratory tests.

According to the PFI, pet food products that fail to meet the stringent laboratory tests parameters and industry registered requirements would lead to the manufacturer being “reported to the Registrar of Act 36 for legal action.”

The current demand and supply trends of South Africa’s pet food market conceals strong undercurrents that have characterized the entire industry value chain, especially the production of grains in this country where the agricultural sector grew by more 22% and contributed 0.4% to the gross domestic product.

Although the country’s agricultural sector has posted steady growth since 2015, the wheat sub-sector, a key cereal ingredient in the country’s pet food industry, has recorded mixed performance in the recent past largely because of the effects of the liberalization of the wheat market and adverse weather conditions in key growing areas.

The Food and Agriculture Organization attributed the drop in South Africa’s cereal production from 18,808,000 tonnes in 2017 to 15,480,000 tonnes early this year to “price induced contraction in plantings.”

The UN agency said total commercial plantings declined by 12% on a yearly basis as well as lower yields which were due to an extended period of below average rainfall in January and early February.

The FAO said South Africa’s winter wheat crop is expected to be harvested in October after the country’s “favorable rains in the main western growing regions and improved moisture levels and benefited crop development.”

The global food agency has predicted a “slight increase in production compared to the below-average output of the previous year.”

The increase in wheat production is expected to impact the pet food market in South Africa, especially because grains represent between 40% to 70% of the volume of pet food rations.

However, ensuring a stable future supply of the grains to fuel the pet food market largely would depend on how the government and private sector respond to an emerging trend of falling profitability of the wheat crop. 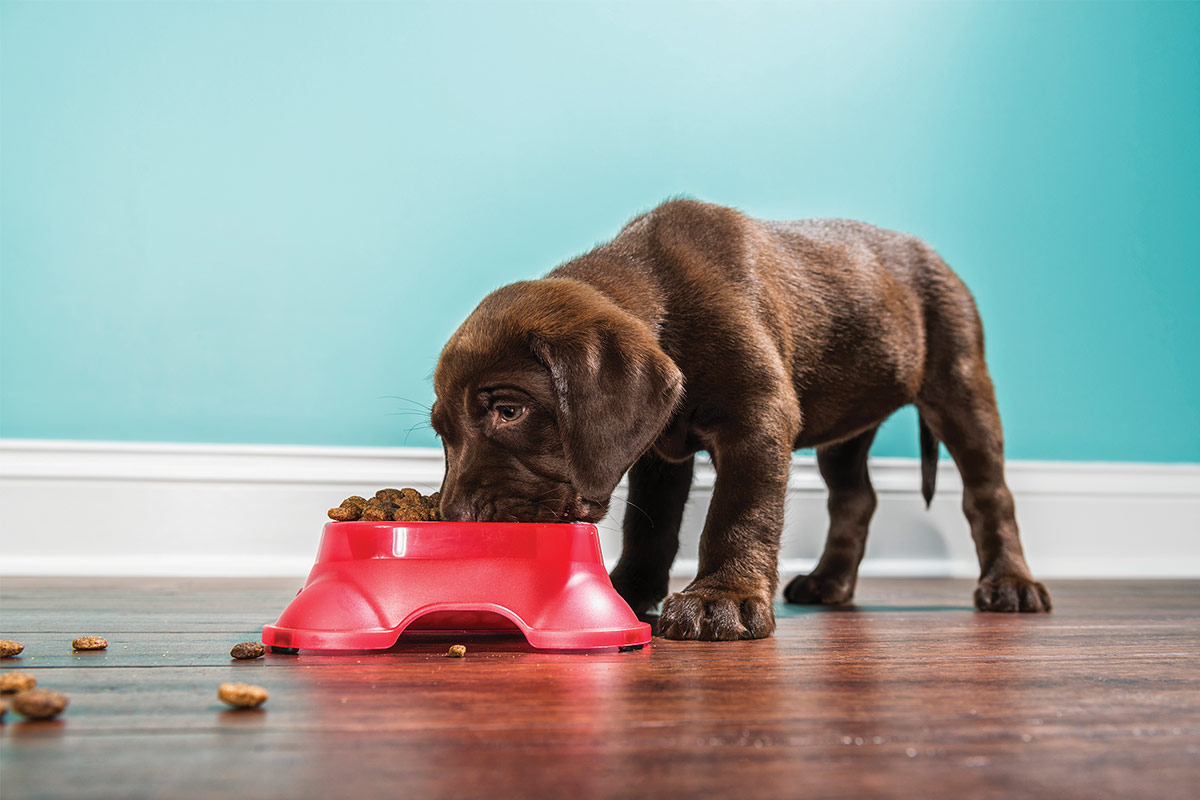 “Declining trend in hectares planted with wheat will continue in 2018-19, mainly due to the crop’s decreasing profitability,” said the latest report by the USDA on South Africa’s grains industry, which also notes a decrease of 1 million hectares under wheat compared to 20 years.

“Producers will plant 480,000 hectares of wheat, which could on average yields realize a wheat crop of about 1.7 million tonnes,” USDA said.

In February, South Africa’s Crop Estimate Committee estimated wheat production to be about 1.5 million tonnes for the 2017-18 year, which is a 20% drop from the previous year. The decline in production has been attributed to the severe drought in the Western Cape province where nearly 75% of the crop is grown.

Despite the decline in wheat production in South Africa, pet food makers in the country, of which nearly 65% of them are members of PFI, are optimistic the market will keep growing into the future.

Some of the companies have defied political and economic trends such as the sacking of South Africa’s highly regarded former Finance Minister Pravin Gordhan, the recent removal of former President Jacob Zuma by the ruling party Africa National Congress, volatility of the local currency and flat growth projection, to announce new investments that could trigger demand for grains and an increase in the country’s milling capacity to feed the pet food processing space.

Growth of South Africa’s pet food industry has seen some mergers and acquisitions, an indication of the market’s resilience against a sluggish economy that grew by a mere 1% in 2016 and is projected to grow by 1.1% in 2017 on the back of expected good performance of the agriculture and mining sectors.

Nestle South Africa successfully disposed of its Pet Food/Purina business in May of 2016 to Martin & Martin “as part of on-going strategic reviews of our regional portfolio.”

“Nestle South Africa is confident that this decision is in the best interests of the business and employees and other key stakeholders including its customers, distributors and consumers,” Pillay said.

According to market researcher and analyst Euromonitor International, the market has registered a new trend where “volume growth lagged significantly behind value growth.”

But for the pet food manufacturers and suppliers in South Africa, the survey by Euromonitor showed a trend is emerging where consumers are now demanding “a wide range of products across a variety of price points, which allows room for both international and local players in pet food in South Africa.”

With political stability in South Africa still a matter to watch, especially with the recent pronouncement of land expropriation without compensation and an economy whose performance is still sluggish, many of the pet food manufacturers and suppliers are likely to focus on consolidation of their existing market share or go for joint ventures as a part of their low-risk strategy in the short and medium term.

Shem Oirere is a Nairobi, Kenya-based freelance journalist who specializes in covering the African grain markets. He may be reached at soirere@gmail.com.