We use cookies to provide you with a better experience. By continuing to browse the site you are agreeing to our use of cookies in accordance with our Cookie Policy.
Skip To Content
Home » Missed trade opportunities for US pet food exporters

This article was published in the September 2022 issue of Pet Food Processing. Read it and other articles from this issue in our September digital edition.

US pet food manufacturers are known worldwide for products that are superior in quality, reliability and nutrition. It is no wonder that exports of these products grew 11% in 2021 compared to 2020, putting them at over 17% of global exports, following the European Union, as the second largest global supplier of pet food.

As the world’s middle class expands and disposable incomes increase, demand for pets and balanced pet diets grow respectively, as evidenced by the 38% growth in global pet food exports in the past decade. But will US pet food exports be able to maintain their competitiveness in the global marketplace and reach new and developing markets? That depends on how willing US leadership is to push forward and take advantage of opportunities.

“Will US pet food exports be able to maintain their competitiveness in the global marketplace and reach new and developing markets?” wrote Gina Tumbarello, American Feed Industry Association.

How is the Biden administration and its trade policy responding to this challenge?

The Biden administration’s approach to trade policy has been nothing short of unconventional. In fact, President Joe Biden currently has no trade negotiating power. Without the Trade Promotion Authority (TPA), the administration cannot expect support from Congress for any negotiated trade deal.

In a nutshell, TPA allows Congress to set the trade negotiating objectives by which the president can negotiate trade agreements to ensure bipartisan and congressional buy-in. Congress would be unable to offer amendments to the negotiated deals and could only vote them up or down, a sort of “fast-track” way of moving a trade deal forward. As the demand for US pet food products increases, the United States’ ability to open new markets is contingent on its ability to come to the negotiating table knowing it can ratify a final agreement.

The American Feed Industry Association (AFIA) has been calling on the administration to seek renewal of TPA because, without it, the administration is limited to new types of agreements with trading partners that fall outside the scope of traditional trade agreements that lack tariff reductions and market access, which are the foundation of garnering new global customers and competing in a country. These agreements do not require congressional ratification.

One such ”unconventional” framework is the Indo-Pacific Economic Framework for Prosperity (IPEF). The US-led initiative, announced in May, brings together 14 countries (i.e., the United States, Australia, Brunei Darussalam, Fiji, India, Indonesia, Japan, Republic of Korea, Malaysia, New Zealand, Philippines, Singapore, Thailand and Vietnam) under an agreement intended to “write(sic) the new rules for the 21st century economy.” This is not a comprehensive trade agreement; in fact, it is not a trade agreement at all.

The IPEF includes four pillars, focusing on fair and resilient trade — primarily digital trade, labor and the environment; supply chain resilience; infrastructure, clean energy and decarbonization; and tax and anticorruption. This framework does not include market access (i.e., tariff reductions) and furthermore, countries will be able to choose the pillars in which they wish to participate.

While Vietnam and Thailand are not currently significant markets for pet food exports, there is growing potential for US pet food manufacturers to compete in these markets. In Vietnam, households owning cats and dogs grew 19% and 13%, whereas in Thailand, they grew 22% and 17%, respectively, between 2017 and 2021. However, the Vietnamese and Thai tariff rates on US pet food imports are 7% and 9%, respectively. 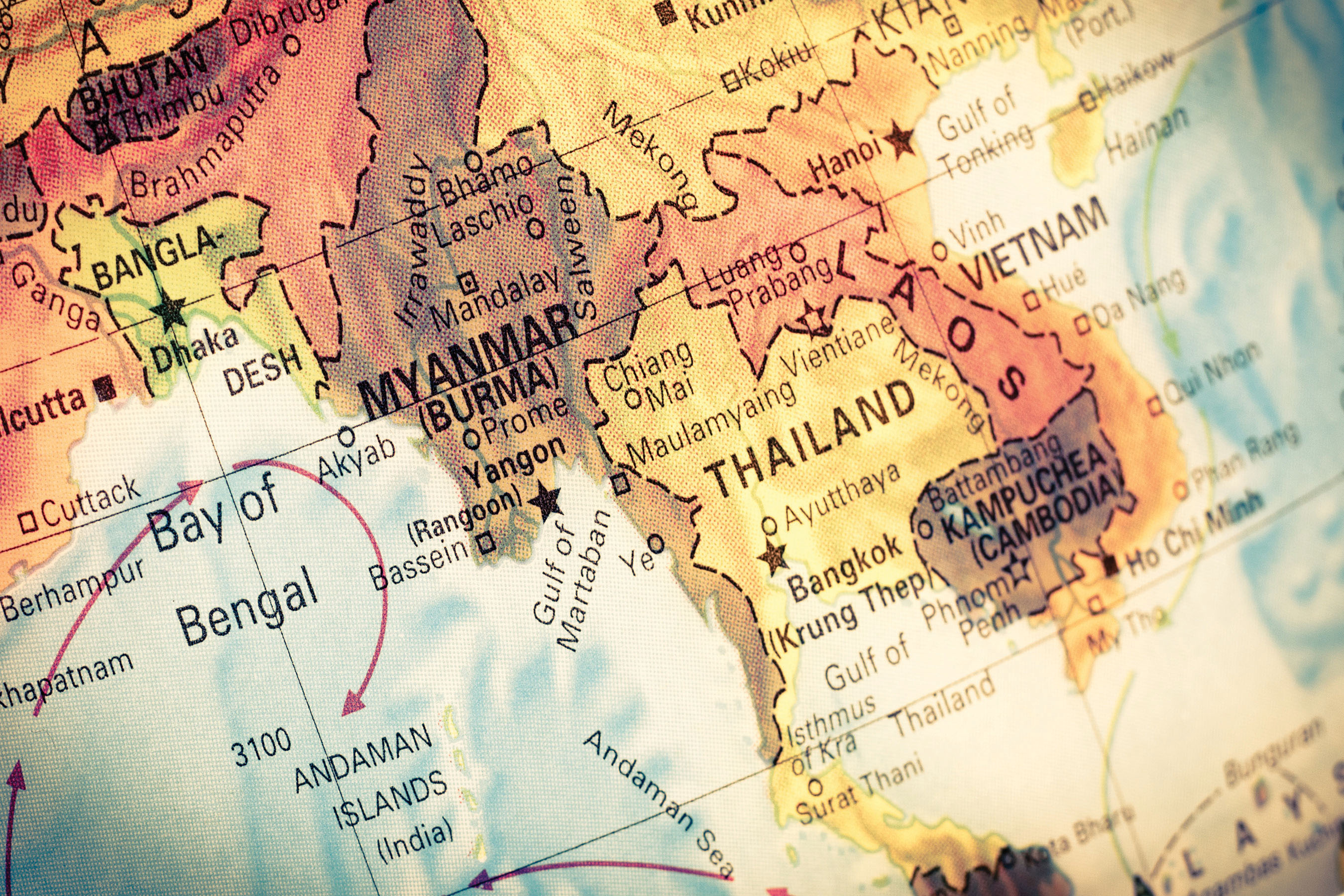 A growing pet population and paradigm shift toward companion animal welfare in Thailand and Vietnam opens the door for US pet food exporters to stake their claim in an emerging, lucrative foreign market. (Source: ©twixx – stock.adobe.com)

The AFIA, through funding from the Foreign Agricultural Service’s Market Access Program, has been working to improve the competitiveness of US animal food products in Vietnam by educating Vietnamese pet owners about the complete and balanced pet food options US manufacturers can provide. However, US pet food stands at a competitive disadvantage in Vietnam compared to its largest global competitor, the EU, which has a free trade agreement with Vietnam.

Rising disposable incomes, pet owners making the switch to prepared pet foods, and a strong movement within the country to protect companion animals has led to a huge market opportunity in Vietnam. However, without support from the Biden administration to reduce tariffs on US exports, this market will remain just out of reach.

The potential for increased trade and market access with the United Kingdom is optimistic, which is why the AFIA supports a negotiated trade agreement that addresses non-science-based restrictions, including on the use of biotechnology and technical barriers (e.g., regulations, standards, testing and certification procedures) that can create unnecessary obstacles to trade.

The Trump administration initiated talks with the country, including calling attention to the fact that agriculture should be part of whatever was negotiated, but those discussions stalled after the current administration came into office and TPA expired. Now, the United Kingdom is seeking trade agreements directly with individual US states, having already inked two with Indiana and North Carolina. While these state agreements cannot and do not include tariff reductions, they demonstrate the United Kingdom’s keen interest in broadening its trade relationship with the United States and the lengths it is willing to go.

However, the United Kingdom’s import tariffs on US pet food, which range from £85 per metric ton (roughly $102) to £93 per metric ton (roughly $112), or approximately 8%, disadvantage our industry exporters from competing with others looking to access this market. We need the administration to recognize that the United Kingdom, which shares many of the United States’ current thinking on science and technology, is a great way to counter the EU’s stronghold on the region.

Western Hemisphere: A chance to modernize

Trade negotiations between the United States and the United Kingdom have stalled between the Trump and Biden administrations, and import tariffs continue to hinder US pet food exporters at large. (Source: ©issam – stock.adobe.com)

Another initiative, the Americas Partnership for Economic Prosperity, an agreement meant to spur recovery and growth in the Western Hemisphere, leaves agriculture out altogether along with market access.

The White House has outlined its goals for this initiative, including to create resilient supply chains, reinvigorate regional economic institutions, and ensure sustainable and inclusive trade. Critics argue that it lacks ambition and that if the United States is serious about North American supply chains, it must consider creative solutions, such as allowing countries that already have trade agreements with the United States to join the US-Mexico-Canada Agreement (USMCA), which, for all intents and purposes, would modernize agreements where market access already exists, but where stronger sanitary and phytosanitary commitments could be established.

Unfortunately, at this point, the partnership seems like an ambiguous regional agreement that will have no effect on enhancing agricultural market access, including for US pet food.

Bringing ag back to the negotiating table

Gina Tumbarello is the senior director of international policy and trade for the American Feed Industry Association.

One sign of hope is the recent presidential nomination of veteran agricultural and trade policy expert, Doug McKalip, as chief agricultural negotiator for the Office of the United States Trade Representative, a position paramount to championing US agriculture’s export and market access interests. As of early August, McKalip has yet to be confirmed.

In 2021, US pet food manufacturers exported $2 billion in pet food products, an increase of 20% in value over 2020, supporting thousands of jobs across the industry and associated agricultural industries and serving as a force multiplier to US farmers and ranchers. How can this industry be successful in continuing to drive economic value to the broader domestic agricultural community when so many opportunities remain for global expansion, but the competitive playing field is not level?

At the AFIA, we will continue working to ensure these opportunities are understood by the administration and those making policy decisions on the agriculture and pet community’s behalf.