Global pet food production reached 34.17 million metric tons in 2021, up 8.2% compared to 2020. Alltech attributed this boost to increased pet ownership during the COVID-19 pandemic. This feed sector saw the highest year-over-year growth of all seven categories.

The highest year-over-year growth in pet food production lied with the Asia-Pacific region, which produced 3.81 million metric tons at a 17.1% growth rate.

“While some regions remained flat, there were no reported decreases in any region around the world,” Alltech stated. 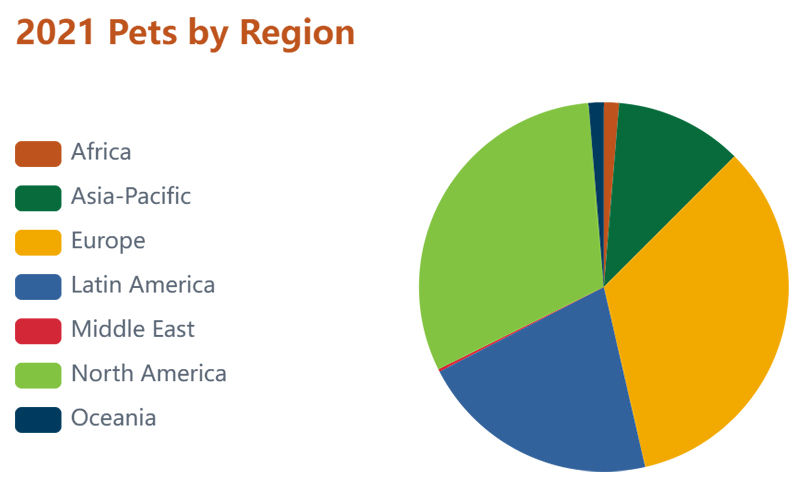 Cost inflation and supply chain disruptions caused continued challenges for feed manufacturers around the world. One-third (33%) of all countries included in Alltech’s 2022 Global Feed Survey reported high material prices were the most significant challenge for the agricultural sector last year.