We use cookies to provide you with a better experience. By continuing to browse the site you are agreeing to our use of cookies in accordance with our Cookie Policy.
Skip To Content
Home » FEDIAF details growth in Europe’s pet food industry

BRUSSELS, BELGUIM — The European Pet Food Industry Federation (FEDIAF) released its annual report on pet ownership throughout the European Union. According to the “Facts & Figures 2021” report, pet ownership has grown to include 90 million European households, meaning that 46% of households own a companion animal.

Cats and dogs remain the most popular companion animals in Europe, with 26% of all pet-owning households owning a cat, amassing 110 million household cats, and 25% owning dogs, amassing 90 million dogs. Russia has the largest cat population at 22.9 million, followed by Germany with 16.7 million and France with 15.1 million. Russia also has the largest dog population at 17.5 million, followed by the United Kingdom with 12.0 million and Germany with 10.3 million.

Though Russia has the highest cat and dog populations, Romania is the leader in terms of ownership throughout all European countries, with 45% to 48% of households owning at least one cat or dog. 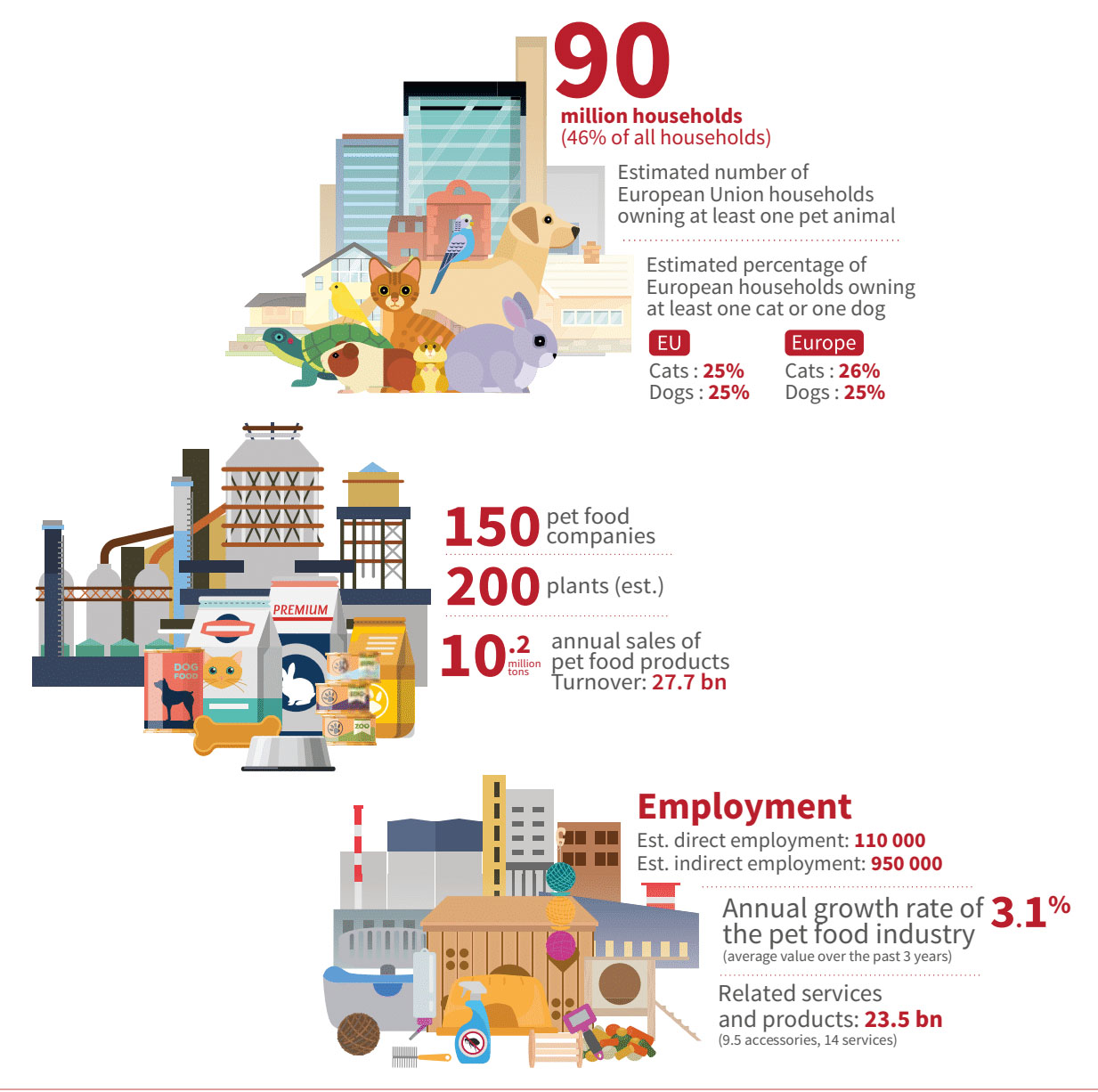 According to FEDIAF, the sales volume of pet food products has increased to 10.2 billion tonnes as a result of the boom in European pet ownership.

“Despite the many challenges of the past two years caused by the pandemic, it is reassuring that 90 million European households benefitted from the love and companionship of a pet,” said Raquel Izquierdo de Santiago, secretary general of FEDIAF. “Given the proven benefits of pets on mental and physical health, FEDIAF continues raising awareness on the beneficial role of pets in society, particularly through the work of the Pet Alliance Europe.”