SAN MATEO, CALIF. — Adisseo, an animal nutrition company, and Calysta, a protein supplier, announced a new FeedKind® facility will soon be open in Chongqing, China, as part of their joint venture, Calysseo. The facility is the world’s first commercial, industrial-scale facility to produce sustainable proteins that do not rely on animal- or plant-based ingredients, according to the companies.

“Commencing commissioning and start-up activities of our maiden facility on schedule is a moment I’m incredibly proud of,” said Pierre Casamatta, co-managing director of Calysseo. “We’re doing something that has never been achieved before at scale — to reach this milestone in such a short time during the enormously challenging implications of COVID-19 is incredibly rewarding and testament to the skill and commitment of the Calysseo team, and that of our JV partners.

“We’re thoroughly looking forward to the first product coming off the line, and to bringing FeedKind to the Chinese aquaculture market,” he added.

The new facility will produce 20,000 tons of FeedKind Aqua protein annually for use in the aquaculture industry. The protein is formulated through a natural fermentation process using microorganisms to convert them into a non-GMO nutrient protein fit for animal food applications, including aquaculture, pet food and livestock feed. 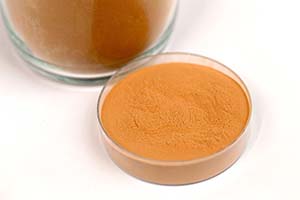 If used in replacement of conventional protein sources in food products, FeedKind could help save about 420,000 tonnes to 450,000 tonnes of wild-caught fish, and if used to replace vegetable proteins, the ingredient could help free up more than 200 square miles of land and save 9 billion liters of water, making it an environmentally friendly option, according to Calysseo.

“This is a significant milestone as we move toward more sustainable forms of making food,” said Jean-Marc Dublanc, chief executive officer of Adisseo. “Calysseo and FeedKind offer a world first, a newly available sustainable, nutritious, non-GMO protein that offers significant health benefits over other feed ingredients, such as improved gut health and improved immune response. We have a long-running commitment to improving the security and sustainability of the feed ingredient market and Calysseo fulfils a significant part of that pledge.

“We will provide Chinese customers with a reliable, domestically available supply of protein that meets their specific needs, produced in China for China,” Dublanc added. “We are looking forward to working with our customers as they begin to integrate this product into their supply chains.”

FeedKind is expected to be available to customers beginning this year if construction of the facility remains on schedule.

With the global aquaculture market expected to become the third largest animal protein source, amassing to more than 100 million tons of production, Calaysta partnered with Adisseo to address an opportunity in aquaculture — to provide higher quality seafood with lower environmental impacts.

“Cellular agriculture, where protein is grown in a controlled environment, is key to helping the world meet its future food needs,” said Alan Shaw, Ph.D., co-founder, chief executive officer and president of Calysta. “Today will go down in history as a hugely significant moment in the development and delivery of new, sustainable sources of protein to meet growing, global demand. For Calysta, today is the result of years of work to develop a protein without limits — one that meets our growing demand for protein while protecting biodiversity.

“It also marks the beginning of a new phase in the Calysta story as we work on producing additional protein ingredients for food and feed applications,” Shaw added. “We are proud to celebrate this milestone with our partner Adisseo and look forward to enjoying a successful relationship for many years to come.”

FeedKind has been validated to benefit seabass, bream and salmon after years of extensive trials.

“Reaching this milestone follows decades of work and I’m proud and excited to finally introduce FeedKind to the world’s largest aquaculture market,” said Allan LeBlanc, head of animal feed at Calysta. “Over the years we have proved that FeedKind is an extremely effective product and one that can help resolve several challenges for feed producers and farmers.”

As well as FeedKind, Calysta manufactures many other protein ingredients for use in animal feed and pet food applications.