We use cookies to provide you with a better experience. By continuing to browse the site you are agreeing to our use of cookies in accordance with our Cookie Policy.
Home » Insect protein producer receives $5.3 million in investments

Founded in 2017, the company is committed to using insects to solve the world’s sustainability challenges.

“Now, more than ever, we’re seeing the importance of sustainability – and the responsibility that we have, to be a more resource-efficient society for future generations,” said Simon Hazell, chief executive officer and co-founder of Inseco. “At Inseco, we believe that insects will play an important role in this transition, becoming a widely available source of sustainable protein, and an important form of nutrition to help meet the food demands of the future.”


Currently, Inseco serves the pet food and aquaculture industries within Cape Town, but has plans to expand into other parts of Africa, as well as Europe and the United States. According to Futuregrowth, its investment will allow Inseco to expand its manufacturing capacity and fund its R&D.

“Inseco is a market leader in this space,” said Ayanda Bolani, analyst at Futuregrowth. “After years of research and development, the resourceful management team has developed advanced, state-of-the-art processing capabilities, placing it well ahead of its competitors. It is currently the largest insect protein producer in the Southern Hemisphere and is the only company in South Africa that can produce defatted insect meal and oil, a product that is in high demand globally.”

According to Inseco, insect protein uses 7,000% less land than soymeal, emits 47 times less greenhouse gases compared to windrow composting, can reduce livestock feed costs by 25%, and has a lower production cost compared to fishmeal. These sustainability benefits are what drew Futuregrowth to invest in Inseco. 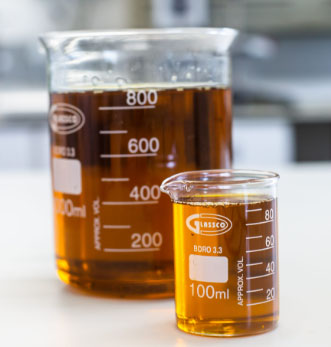 In 2019, Inseco participated in the Technology Innovation Agency Global Cleantech Innovation Program, which supports and recognizes clean technology startups. As part of the program, Inseco won an award in the Cleantech category, as well as the Best Youth-Led Team award.