This article was published in the September 2022 issue of Pet Food Processing. Read it and other articles from this issue in our September digital edition.

The pet food industry is increasingly looking to renewable energy sources to power its operations, and sustainability is becoming a key priority for forward-thinking companies in the space. There are a number of reasons for this shift, including a desire to reduce environmental impact and cost savings associated with using renewable energy. Consumer demand is also playing a role, as pet owners are becoming more aware of the importance of sustainability and are looking for brands that align with their values.

As the world looks to a future where renewable energy will play an increasingly important role, the pet food industry is positioning itself to be at the forefront of this transition. A number of companies are already making use of solar power, wind power, hydropower and other renewable energy sources, and many more are making commitments to do so in the future. This is a major shift for an industry that has traditionally been reliant on fossil fuels, and it represents a significant investment in the future of renewable energy.

Why make the switch

From an environmental standpoint, switching to renewable energy is a logical next step for the pet food industry. Renewable energy sources generate far fewer greenhouse gas emissions than fossil fuels, and this can lead to a significant reduction in the industry’s carbon footprint.

“From the sourcing of ingredients to the manufacturing of products and the packaging it comes in — all of these steps result in greenhouse gas emissions, which are known to contribute to human-caused climate change,” said Gopi Sandhu, vice president of environmental sustainability, Nestlé Purina PetCare, St. Louis. “Using renewable energy in our operations is an important part of achieving Net Zero Greenhouse Gas Emissions by 2050 and a more sustainable future for people and pets.” 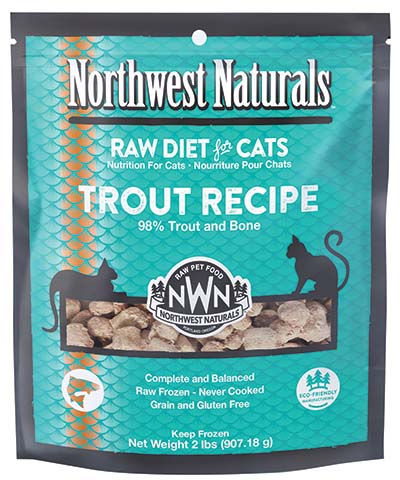 In addition, transitioning to renewable energy can help pet food companies save money in the long run. While the initial investment in renewable energy infrastructure can be significant, the operating costs are often lower than traditional systems.

“After spending the money upfront, you can lower cost in the future,” said Steven Morasch, founder and chief financial officer, Northwest Naturals, Portland, Ore. “At this time of rising fuel costs, renewables can cut processing expenses, which are then passed along to the end consumer.”

“At this time of rising fuel costs, renewables can cut processing expenses, which are then passed along to the end consumer,” said Steven Morasch of Northwest Naturals.

“Renewable energy provides many direct and indirect benefits to facilities,” said Brian Hafendorfer, director, A/E services, Gray Construction, Lexington, Ky. “These include reducing strain on the grid and infrastructure and allowing users access to energy in developing countries or areas that do not have access to reliable power.”

When it comes to implementing renewable energy, there are a number of options available to pet food companies. In order to make the switch, companies must first assess their energy needs and then determine which renewable energy source or sources would be the best fit.

“Common systems in food processing operations include solar power, solar hot water, wind power, hydroelectric and geothermal systems,” Hafendorfer said. “Depending on the system, building size and type, availability of roof or land, these systems can be located both on site or at another location that is connected to the electrical grid.”

Purina is one example of a pet food company that has invested heavily in renewable energy. In partnership with Gray Construction, the company is in the process of developing two new state-of-the art facilities that are designed with sustainability at the forefront.

The first facility is a $550 million, 1.2 million-square-foot greenfield plant in Williamsburg Township, Ohio, that will produce many of Purina’s leading dry dog and cat food brands. The second is a $450 million renovation of a former brewery in Eden, NC, that will span 1.3 million square feet and employ more than 300 people.

With production processes designed to recover and reuse heat and water, both new operations are being built with sustainability in mind. In addition, the company is working to ensure that the facilities are powered entirely by renewable energy in the shortest time frame possible. This is part of Purina’s ongoing effort to achieve zero environmental impact throughout its operations. 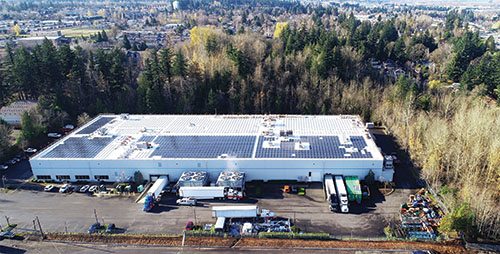 “The energy we use at our sites consists of both electricity and the direct combustion of fuels — primarily natural gas,” Sandhu said. “We refer to the latter as ‘thermal’ energy. At Purina we are working to complete the transition of our sites to 100% renewable electricity by 2025, while actively exploring options for renewable thermal energy. As of today, over 70% of Purina’s electricity in the US is attributed to renewable sources, such as solar, wind and hydropower.”

Northwest Naturals is another pet food company that has made the switch to renewable energy. The company has 165,000 square feet of manufacturing space across two locations in Portland, Ore., and one of the largest privately owned rooftop solar installations in the Portland metro area. The 1.2-megawatt solar installation is used for High Pressure Processing (HPP) of raw pet food — using HPP machines manufactured by JBT/Avure Technologies.

“HPP is a non-thermal pasteurization method that uses high-pressure water to inactivate microorganisms,” said Errol Raghubeer, Ph.D., senior vice president of food science, JBT/Avure Technologies, Middletown, Ohio. “The primary benefits of HPP pet foods are the inactivation of bacterial pathogens such as Salmonella, Listeria monocytogenes and pathogenic E. coli, and the preservation of nutritional components such as vitamins and bioactive compounds.”

Pet food companies are also turning to power purchase agreements (PPAs) as a way to procure renewable energy without investing in the infrastructure themselves. In a PPA, a pet food company contracts with an energy provider to purchase electricity generated by a renewable energy system. The energy provider owns, operates and maintains the system, while the pet food company agrees to purchase a set amount of electricity over a fixed period of time. This allows processors to lock in a fixed price for the electricity, providing price stability.

“We see more and more pet food brands entering power purchase agreements and making public commitments to carbon neutrality as a necessity for future generations,” Joergensen said. “Chr. Hansen has entered an ambitious, long-term agreement with Better Energy, a so-called power purchase agreement, to ensure that all of Chr. Hansen Denmark’s annual electricity usage is covered by renewable energy. It is a good example of how companies can assume joint responsibility for creating new electricity from renewable sources to the benefit of the planet.”

Despite the advantages of renewable energy, switching to a new system can come with its own set of challenges. One of the biggest challenges is the upfront costs associated with investing in renewable energy infrastructure. This can be a barrier for many pet food companies, especially since the return on investment (ROI) can take several years to achieve.

“Construction costs and complexity, along with the expected duration for ROI, are all areas that can pose obstacles for inclusion of renewable energy sources,” Hafendorfer said. “Other areas that might challenge a project include having space on the roof or adjacent land for solar panels. Not all power grids are set up for allowing onsite generated power to feed back to the grid or sold to the electrical utility. Political pressures, government policies, corporate influence, age-old infrastructure, lack of proper battery storage system, and existing market conditions often stand in the way for a wider adoption of renewable energy as well.” 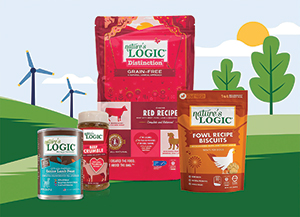 One of Nature’s Logic’s sustainability initiatives is its “Clean Food, Clean Energy” program, in which the company purchases one kilowatt hour of renewable electricity for every pound of its pet food purchased. Renewable Energy Certificates (RECs) purchased by Nature’s Logic fund the creation of wind farms and green energy infrastructure. (Source: Nature’s Logic)

Although the use of renewable energy is expanding throughout the United States, regulations can vary from state to state. This means that access to renewable electricity can sometimes be limited, depending on where a pet food company’s facilities are located.

“Many of our facilities are located in states where renewable electricity options are limited today,” Sandhu said. “The US market for renewable thermal energy is less developed and more complicated. We continue to explore options to help us achieve our sustainability goals.”

The future of renewable

Looking ahead, the pet food industry is expected to continue its shift toward renewable energy as companies strive to reduce their environmental impact and drive down costs over the long term. As public awareness of the need for sustainability grows, there is also likely to be greater acceptance and uptake of renewable energy solutions, making it easier for pet food companies to make the switch.

“The adoption of solar and wind energy solutions is increasing,” Hafendorfer said. “New records are continuously being set with installed power capacity as well as sophisticated capabilities of the electrical grid to take advantage of distributed energy resources such as those mounted at privately owned buildings and residences. The conversation around renewable, sustainable energy solutions is also growing rapidly with greater acceptance and implementation around the world.”

“There continues to be great momentum throughout the United States as companies like Purina make commitments to transition to renewable energy and reduce our carbon footprint,” Sandhu said. “These commitments spur investment in new renewable electricity projects, encourage vendor partnerships for sustainability, and promote broader policy decisions to support this work.”

Read more about sustainability efforts in the pet food and treat industry.