We use cookies to provide you with a better experience. By continuing to browse the site you are agreeing to our use of cookies in accordance with our Cookie Policy.
Skip To Content
Home » Canidae to donate pet food following success of refill stations

STAMFORD, CONN. — On Sept. 26, Canidae announced that it would be donating pet food to animal rescues to celebrate the successful rollout of its Kibble Refill Stations. For every pound of Canidae kibble purchased from the refill stations, the company will donate a pound to animal rescues in need.

Canidae launched its Kibble Refill Stations throughout Petco stores nationwide earlier this year. Since then, more than 5,600 lbs of kibble has been sold through the refill stations, according to Canidae. The refill stations are currently located in Seattle, San Francisco, Portland, Denver, Austin, Boston and other Petco stores.

“The Kibble Refill Station, like any truly disruptive technology, took a tremendous amount of thought, research, and hard work to deploy, but I'm incredibly proud of our team for making it a priority to change the way pet parents think about producing and buying pet food,” said Bret Furio, chief executive officer of Canidae. “The response we've seen in our test stores is beyond our greatest hopes, and is proof that pet owners, just like us, are hungry for goodness.”

To celebrate the expansion of the Kibble Refill Stations, Canidae has committed to donating more than 30,000 lbs of dog food through a new program: “Pound for Pound, to the Rescue!” 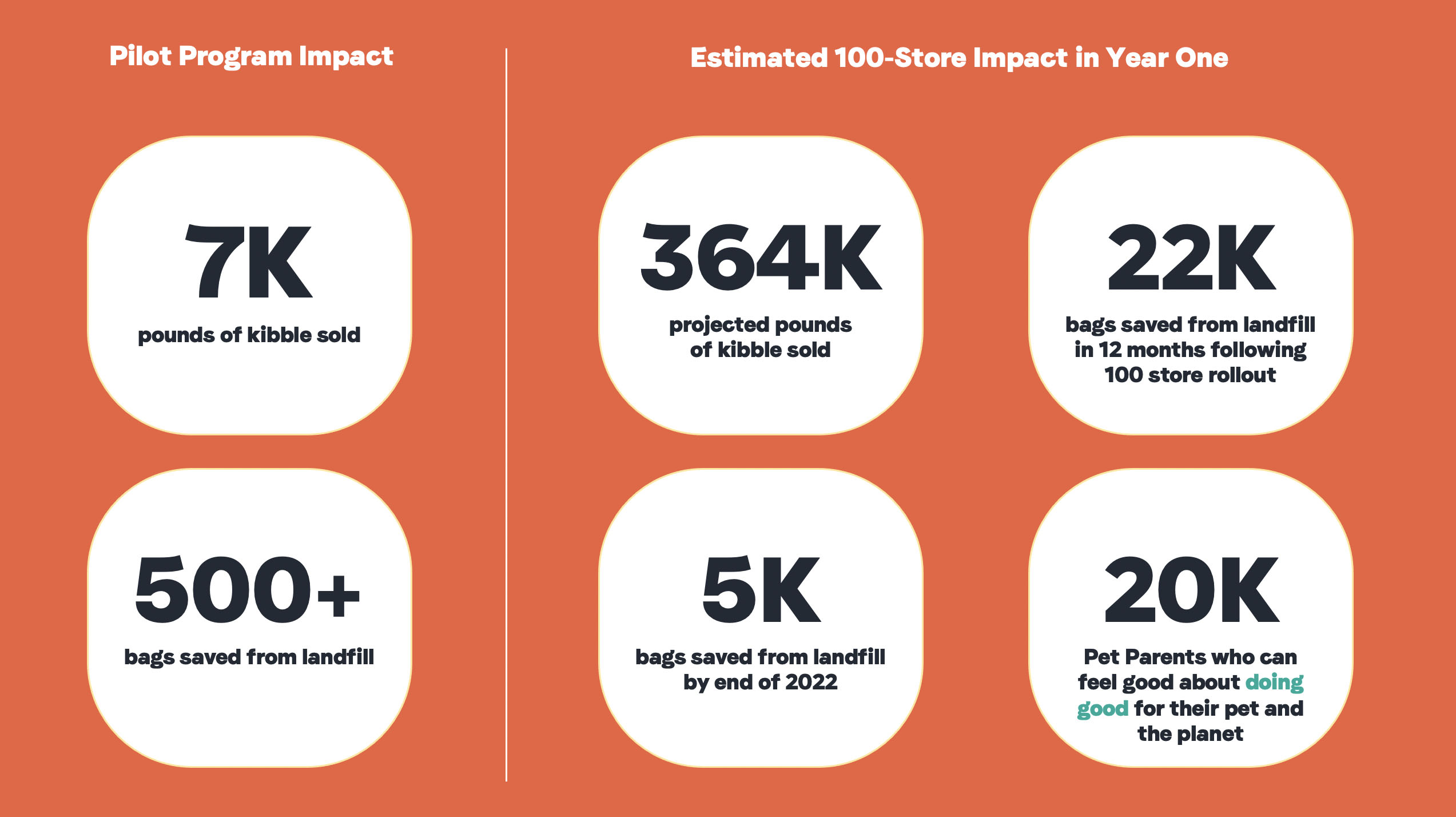 “At Petco, we're focused on purpose-driven performance, and strongly believe what's good for pets, people and our planet is good for our business,” said Shari White, senior vice president of merchandising at Petco. “We're thrilled to be partnering with Canidae to offer pet families an easier way to significantly reduce their consumption of single-use materials while shopping for their pets and commend Canidae for their generous support of local animal welfare groups — including a number of Petco Love partner organizations — through the 'Pound for Pound, to the Rescue!' program.”

Canidae’s patent-pending refill stations are part of the company’s Cycle of Goodness initiative, which focuses on sustainable formulas and packaging, as well as responsible ingredient sourcing. The company aims to eliminate more than 80% of its plastic packaging by 2030.

Read more about sustainability efforts in the pet food and treat industry.