We use cookies to provide you with a better experience. By continuing to browse the site you are agreeing to our use of cookies in accordance with our Cookie Policy.
Home » Mitigating mycotoxins in pet food

This article was published in the March 2022 issue of Pet Food Processing. Read it and other articles from this issue in our March digital edition.

Not very long into the ‘20s, high-profile outbreaks seem to be an early and pronounced hallmark of the decade. In addition to COVID-19, which has reached every corner of the world and caused illness and death among humans and animals alike, the pet industry was shaken last year by pet foods tainted by mycotoxins, naturally occurring and often poisonous toxins produced by fungi and mold.

2021 started out with a widespread recall of products containing high levels of aflatoxin, a mycotoxin known to grow on corn and other grains used in pet food formulations. More than 130 pets in the United States died and at least 220 were sickened after consuming Sportmix pet food manufactured by Midwestern Pet Food, Inc. 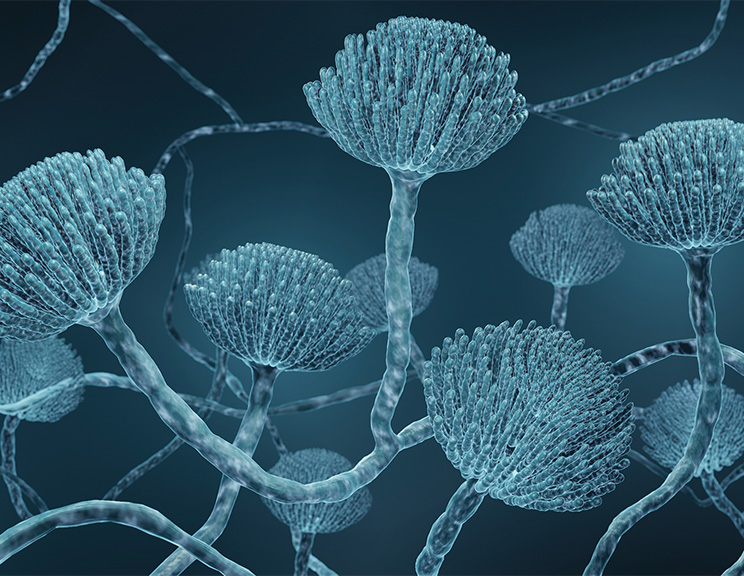 Because pets typically eat the same diet every day, high levels of mycotoxins in their food can have devastating impacts on their health. (Source: ©ARTUR - STOCK.ADOBE.COM)

“Aflatoxins are amongst the most poisonous mycotoxins and a serious threat to both human and animal health,” said Lars Povlsen, global sales manager of proteins for TOMRA Food, a Norwegian company specializing in sensor-based sorting and processing technologies for food, including pet foods. “Like in the global food supply chain, mycotoxins exist and are seen as a hazard in the global pet food supply chain.”

He noted that aflatoxins are produced by certain molds such as Aspergillus flavus and Aspergillus parasiticus, and are often found in corn, wheat and other raw materials used in the production of pet food.

Ultimately, Midwestern Pet Foods recalled more than 1,000 products spanning both cat and dog food offerings. Later in the year, another brand, Sunshine Mills, recalled dog foods based on aflatoxin levels found to be above the allowable limit.

In the United Kingdom, several cat food products were recalled last year as a precautionary measure after testing showed high levels of mycotoxins in some samples. The mycotoxins were not definitively identified as the cause of a number of pancytopenia cases in cats, but the recall underscored the seriousness of the presence of excess mycotoxins in pet food products.

“Aflatoxins are amongst the most poisonous mycotoxins and a serious threat to both human and animal health,” said Lars Povlsen, TOMRA Food.

In addition to causing deaths, mycotoxins are a hazard for pet food products because they can cause other health issues, from immune deficiencies to cancers. Long-term liver damage is another condition that can result from a pet’s ingestion of mycotoxins. Although all pet foods are susceptible to mycotoxins, some products pose more risks than others.

“In general, wet food tends to be most vulnerable, but dried food is also hygroscopic and can absorb moisture to the point it could be at risk for mycotoxin growth,” reported Rob Di Lorenzo, territory manager and staff scientist specializing in food and beverage for food testing solutions company SCIEX, Framingham, Mass.

As 2022 gets underway, the increased awareness of potential mycotoxin problems in pet foods has spurred pet food processors and others to take measures to curb potential new outbreaks and costly recalls.

The US Food and Drug Administration (FDA), for its part, offers guidelines to help prevent foodborne illness related to the specific mycotoxins of aflatoxin, fumonisin and deoxynivalenol. That said, the FDA’s policy guide has not been updated since 1994.

“Although pet food manufacturers have stringent quality and safety practices in place for choosing ingredients, even with strict testing procedures for mycotoxins in incoming materials and finished pet food, there can be challenges in knowing exactly what might be hiding in seemingly safe ingredients,” he observed. “Grain processing, sampling error, analytical methods, synergistic interactions and storage conditions can all present challenges to the pet food manufacturer when trying to accurately detect mycotoxins.”

Max Hawkins, Ph.D., a nutritionist specializing in mycotoxin management for animal nutrition and feed company Alltech, Lexington, Ky., wrote in a recent blog that the contaminants can be insidious and thus pose risks for pet food and treat companies.

Processors must have a robust testing and quality control program to properly analyze incoming ingredients, especially grain products, for the presence of mycotoxins. (Source: ©DULE964 - STOCK.ADOBE.COM)

Povlsen affirmed the importance of having a strong food safety plan and a shared culture for food safety.

“Important here is to have internal standards, including the determination of potential sources for aflatoxin contamination,” he emphasized. “Secondly, be sure to have safe and robust detection methods in place and, of course, finally act on the findings to avoid future issues.”

Given the fact that mycotoxins are hardy enough to survive various stages of food processing, preventive measures are most effective when deployed consistently and thoroughly across a facility, using the proverbial multi-hurdle approach, experts said. The overall environment of a processing facility can play a role in efforts to minimize risks related to mycotoxins.

“From a producer perspective, ensure production, storage and packaging facilities are clean and are at low humidity,” suggested Di Lorenzo.

Having a mindset and approach rooted in the Hazard Analysis Critical Control Point (HACCP) food safety system, processors can manage critical control points in the food processing chain to stem problems with these harmful toxins. Screening incoming ingredients, especially corn and other plant-derived ingredients that may contain the fungus, is particularly crucial.

Alltech offers a range of testing tools that can help determine mycotoxin risk and allow for needed control steps to be put into place, he added. 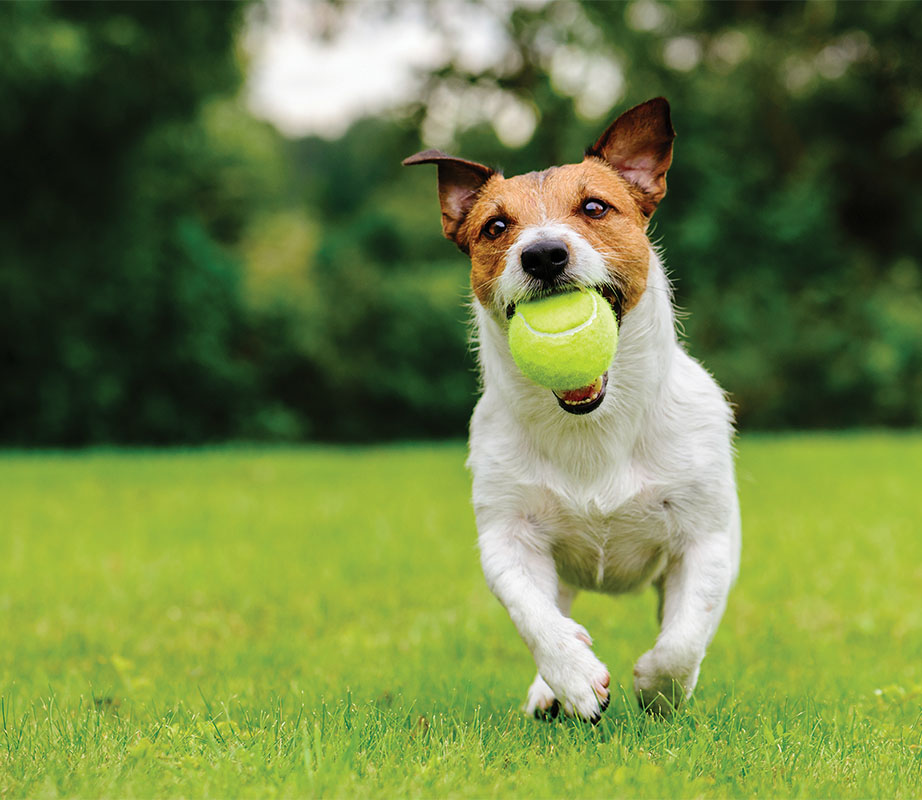 Povlsen agreed that early testing is a priority, noting that mycotoxins are often found in corn, wheat and other similar raw ingredients.

“Hence, it’s always a risk receiving these products,” he said.

According to Povlsen, there are opportunities to improve on early detection.

“A typical method today to avoid aflatoxin in a supply of corn, for example, is to take samples from [each truckload]. This is, of course, only checking a ‘few’ kernels out of several tons,” he said, adding that TOMRA has developed a solution for improved detection. “Whereas, using a TOMRA sorter with the unique Detox detection, the customer not only [screens] every single corn [kernel] for the aflatoxin mold and fungus but also maps each supplier to take further action. Simultaneously, having a TOMRA optical sorter looking for the aflatoxin mold, the entrance of any other foreign object is prevented.”

In addition to the testing of raw materials, there are other critical control points in the pet food processing chain.

“The longer pet foods are stored prior to being sealed in their final packaging, the greater the chance there is of mycotoxin growth,” Di Lorenzo pointed out.

Pet food processors can take action to mitigate such risks on the line during the production process.

“The longer pet foods are stored prior to being sealed in their final packaging, the greater the chance there is of mycotoxin growth,” said Rob Di Lorenzo, SCIEX.

Other critical control points include packaging and the storage of pet food products at a processing facility and, later, at a warehouse or retail location.

“The packaging itself can also become vulnerable the longer it is stored,” Di Lorenzo said. “Wet food is typically stored in hermetically sealed tins, but dried food and treats are often sold in bags that can be torn or cut during shipping and stocking shelves. There has been more than one occasion where I’ve seen box cutter rips in dog food bags on the store shelves.”

On another, broader level, pet food processors tasked with food safety can monitor macro conditions to assess the risk for mycotoxins in ingredients. Hawkins noted that weather is always a key mycotoxin risk and outlined the specific impact of weather.

“Fusarium molds need moisture and moderate temperatures, whereas Aspergillus molds need warmer, drier weather,” Hawkins explained. “Both of these climatic conditions are present on a global basis in a growing season. The outlook for the 2022 growing season in North America is starting dry. The soil moisture level across a great portion of the United States is dry compared to the past three years. This can delay planting in some areas, putting the developing crop into drier pollination and maturity times. This is always variable and one heavy rainstorm can change everything.”

If mycotoxins are found in testing, swift action is essential in minimizing damage to products, pets and brand reputations. Processors should have a plan for disposing of any tainted batches or products and keep up to date on recall protocols.

Because mycotoxins can be so stubborn, pet food brands can also communicate information to their consumers on how to maintain product safety and quality.

“From a consumer perspective, always check the date labels, especially for more moist treats and food,” Di Lorenzo recommended. “Additionally, be sure to check the integrity of the packaging.”

Pet parents should keep an eye on pets for symptoms of mycotoxin exposure, including vomiting, loss of appetite, weight loss, tremors and lethargy, among other signs, and seek prompt care.