The funding round was co-led by Nexus and Mark Cuban Companies, with participation from Daniel Lubetzky, representing Equilibria Ventures.

“Equilibra Ventures is energized to support Chapul Farms in an important space that could have great benefit to our environment and society,” said Lubetzky, founder of KIND Snacks and Equilibra Ventures.

Chapul was founded in 2012 from a Kickstarter campaign and made its way to Mark Cuban on Shark Tank with the first cricket protein bar in the United States. Since then, the company has continued to pioneer the insect protein category and has begun developing projects to accelerate the growth of insect farming, the practice of raising and breeding insects for use in human food, animal feed and pet food.

The investments will aid in the creation of Chapul Farms, with the goal in establishing a more circular, sustainable food system using black solider fly larvae (BSFL).

“Adding insects into the broader landscape of agriculture is a profoundly pivotal course of action to ensure long-term food security on planet Earth,” said Pat Crowley, chief executive officer of Chapul Farms. “There is growing support from the scientific community focused on long-term global agriculture that we need to increase: biodiversity, climate resiliency, systems integration, and tighter nutrient and carbon cycles. Insects, and the microbial ecosystems they bring with them, shine in all categories. They are also demonstrating a role in bioremediation of some other massive challenges in humanity’s pipeline: water quality and availability, soil health, and carbon sequestration, to name a few. Our team is working with insects to take these challenges head-on.”

According to Chapul, the United States alone produces about 63 million tons of food waste annually, which creates carbon dioxide and methane emissions that contribute to climate change. Diverting food waste from landfills is the No. 1 concept to address in preventing climate change, according to Project Drawdown. For Chapul, this means using BSFL to manage and prevent food waste.

BSFL consume food waste and can upcycle food to prevent it from ending up in landfills. The insects produce larvae, used in human food and animal food products as protein, and insect manure (frass), used as an alternative to synthetic fertilizers.

However, the industry of insect farming isn’t without its problems, according to Chapul. 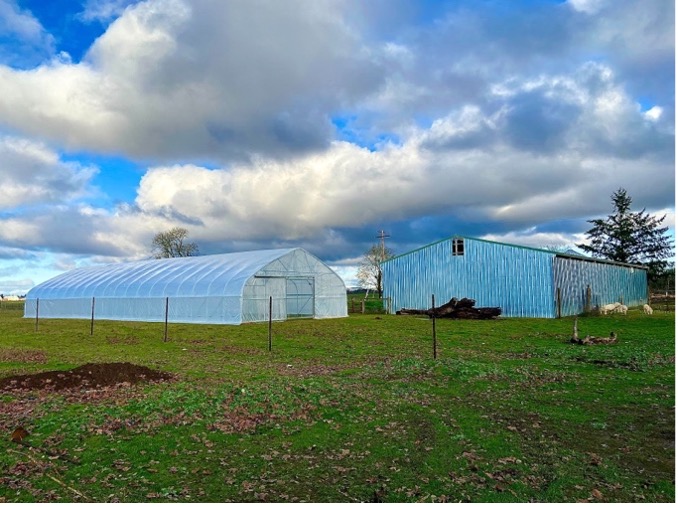 Chapul Farms will be constructed on 600 acres in McMinnville, Ore. (Source: Chapul LLC)

The $2.5 million in investments will be used in partnership with Nexus to build the Chapul Farms team and to build an insect agriculture facility. A portion of the funds will go toward constructing the Chapul Farms’ Insect Innovation & Research Center in McMinnville, Ore. The center, located on 600 acres, will serve as the epicenter of the farm, running feedstock trials and testing to accelerate insect agriculture. The center will also host R&D on frass used in soil in partnership with the Sustainable Regenerative Agriculture Laboratory and Soil Food Web.

“What we’re doing is getting out of the way of nature and biology – Earth knows how to make sustainable systems,” said Aly Moore, chief commercial officer, Chapul Farms. “Chapul Farms has made the container to scale nature’s solution in our markets. Insect biology is the missing link in rapidly deploying and scaling climate-critical solutions to close the loop on food production and ensure future food security for generations to come.”

The partnership between Chapul and Nexus will also help fund and support other facilities in a range of industries that can use BSFL to transform waste.

“Being in the agriculture and infrastructure markets, we’ve seen the growth of the insect agriculture market,” said Ben Hubbard, chief executive officer, Nexus. “Insect farming is going to bring a lot of traction to the sustainable finance movement. We felt there was no better partner than the Chapul Farms team to get involved with this exciting and impactful industry.”

Read more about sustainability in the pet food and treat industry.