KANSAS CITY, MO. — Pet food and treat processors, and the companies that supply them ingredients, packaging materials and processing equipment, are ramping up their capabilities and operational footprints to meet increasing demand.

Over the last year, many processors have experienced operational drawbacks caused by labor shortages, an economy-wide issue that is also exacerbating downstream supply chain disruptions. As processors work to mitigate these challenges, many are investing in expanded production capacity as a solution.

Here’s our recap of new facility announcements, expansions and operational investments from September to December 2021.

In September, Gott Pet Products announced a $15 million investment to expand production in Wisconsin. The company stated it will take several approaches, including purchasing a 100,000-square-foot facility near its headquarters in St. Francis that is expected to create 40 new jobs in the area over the next three years. Gott Pet Products, which is owned by Wixon, Inc., will also buy new manufacturing and packaging equipment to support expanded production.

Mars Petcare shared in September plans to invest an additional $117 million to add two new production lines at its wet pet food manufacturing facility in Fort Smith, Ark. This followed a $145 million investment in the same facility announced in January to help the company meet growing demand for its wet pet foods. This latest investment will support the construction of a 47,000-square-foot warehouse and updates to its existing equipment to increase the plant’s capacity by more than 75%.

TC Transcontinental Packaging opened its ASTRA Center — which stands for Art, Science, and Technology Research and Application — in late September, which will facilitate more than 20 engineers working to address packaging challenges and innovations for its customers. The 12,200-square-foot facility includes four state-of-the-art R&D labs, each with a specific focus.

Shortly following the opening of its ASTRA Center, the company also announced the completion of a $14 million expansion to its Ontario, Calif.-based facility. The expansion included the addition of a three-layer extrusion line and a state-of-the-art flexographic 10-color wide web press to expand capabilities for TC Transcontinental Packaging’s Shrink & Extrusion Group.

On the first of October, Global Food and Ingredients Inc. (GFI) shared it had acquired a pet food ingredient manufacturing facility in Bowden, Alberta and, through the acquisition, established its fourth business: Plant-Based Pet Food Ingredients. At the Bowden facility, GFI will manufacture milled red lentils, green lentils, chickpeas, pinto beans, yellow peas and green peas specifically for use in pet food formulations. On Oct. 29, the company tweeted that the facility was fully operational.

Ownership of a poultry production complex in Laurel, Miss. was passed from Wayne Farms LLC to Amick Farms, a subsidiary of OSI Group, in mid-October. Amick Farms, a leading producer of fresh and further processed poultry products, agreed to acquire the complex from Wayne Farms immediately, including live production, hatchery, feed mill, manufacturing and production facilities located in Laurel. 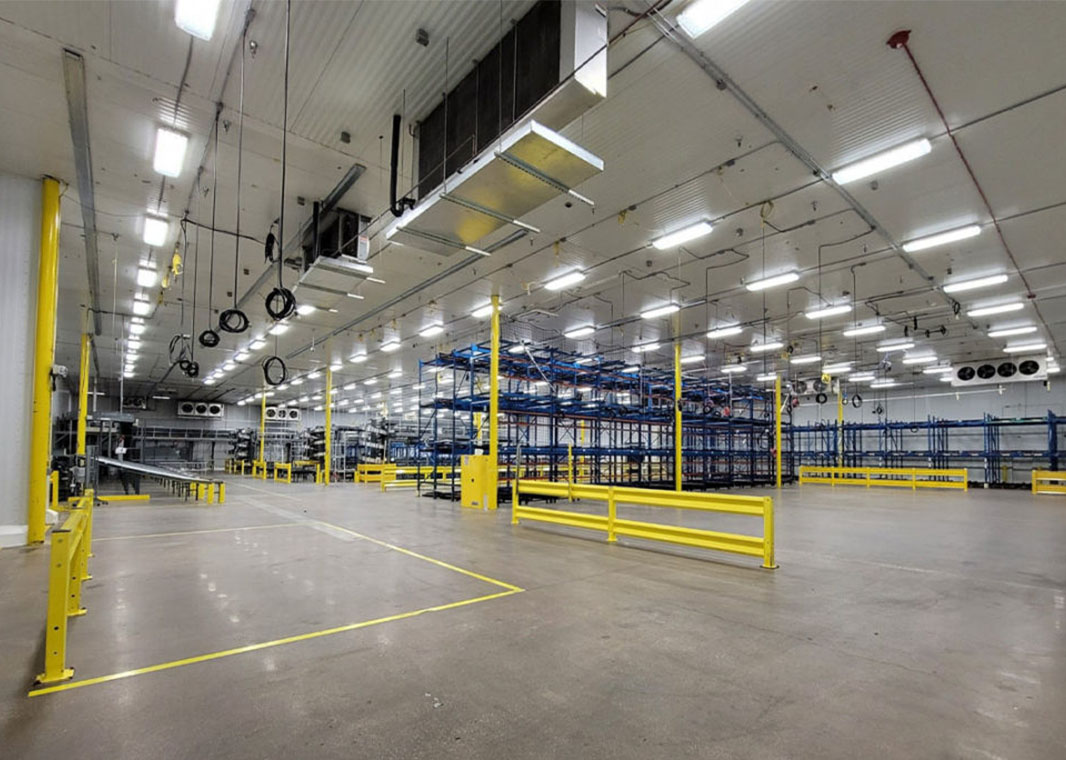 Universal Pure opened a new facility in the Dallas-Fort Worth area in late October to accommodate continued growth in the high pressure processing (HPP) space. The new DFW facility will allow the company to continue adding capacity and cold-chain capabilities.

Diana Pet Food purchased a plot of land in Querétaro, Mexico, on which it will construct a 36,597-square-foot production plant to meet growing demand for pet food palatability solutions, antioxidants and functional ingredients in Mexico and Central America. The new facility, expected to be operational in 2024, will replace the company’s existing site in Querétaro and include environmentally friendly design and operational features.

In mid-November, Archer Daniels Midland (ADM) cut the ribbon at its new animal nutrition lab in Rolle, Switzerland, which will support the development of science-based feed additives to meet customer needs for pet food, aquaculture and livestock species worldwide. 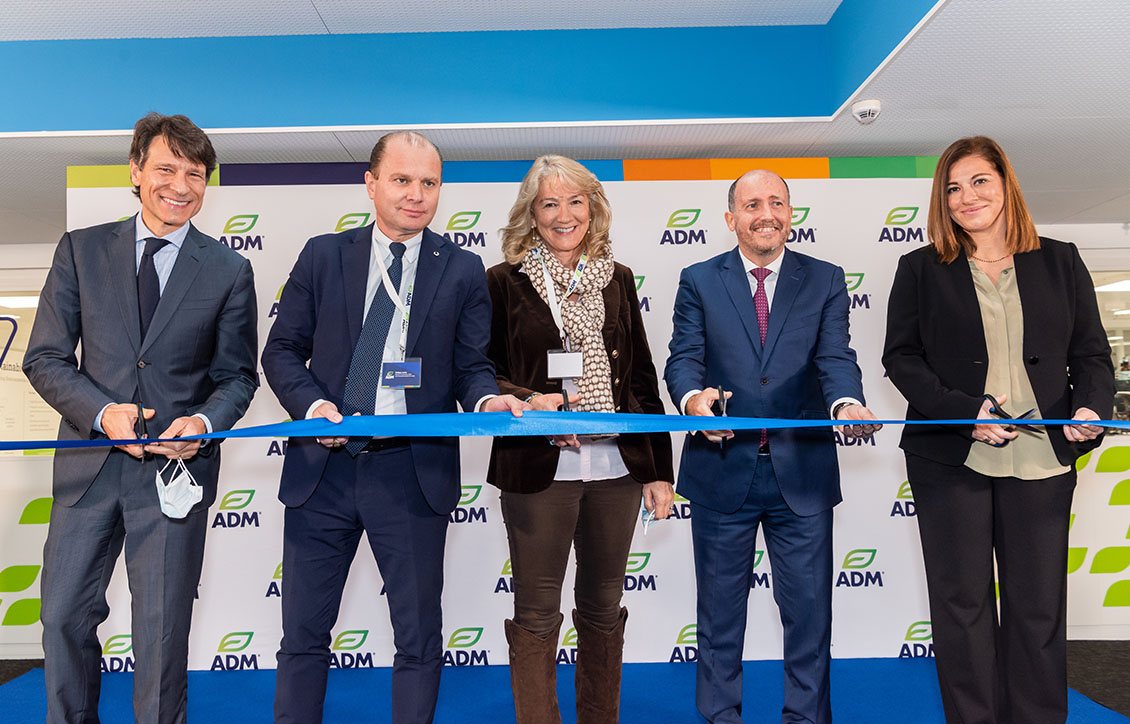 Roquette increased its pea protein production with the opening of a new 200,000-square-foot facility in Portage la Prairie, Manitoba, in November. The plant has the capacity to process 125,000 tons of yellow peas annually and is the largest pea protein plant in the world, according to Roquette.

Mondi announced mid-November it will invest roughly €20 million in its pulp production mill ($22.6 million USD) in Frantschach, Austria to enhance sustainability. Improvement plans will focus on implementing new equipment to advance efficiency and sustainability of the company’s pulp processing operations, including the modernization and expansion of its evaporation plant.

Also in November, Presto Products held a groundbreaking ceremony for its expansion in Waupaca, Wis., which will increase the size of its state-of-the-art recloseable packaging manufacturing facility and add rail access to help the company meet heightened production and demand. The expansion is slated for completion in July 2022.

In late November, Scoular shared plans to invest $75 million in Petsource by Scoular, the company’s business for producing premium freeze-dried pet food ingredients. This latest investment will add 70,000 square feet to the existing structure, effectively tripling production capacity and creating up to 80 new jobs in Seward, Neb. The expansion is expected to wrap up in early 2023.

In early December, Scoular cut the ribbon at its Emerge™ facility, where it will produce concentrated barley protein for use in pet food and aquaculture feed. With this new business and ingredient, which will be produced through a patent-pending process developed by Montana Microbial Products, the company aims to meet growing demand for sustainable, plant-based animal food ingredients.

Later in December, Scoular celebrated the opening of its new global headquarters. The move was made in part to accommodate Scoular’s growth and to create “an energizing, collaborative workplace,” according to the company.

A big day for Scoular. We celebrated the official opening of our new global headquarters in Omaha. We gathered (in accordance with our Covid-19 protocols) for a ribbon-cutting ceremony at our new building. Learn more: https://t.co/wzf8IbpyMs pic.twitter.com/KWqFXXBqYE

Diamond Pet Foods announced two major investments in December. The first was its acquisition of The J.M. Smucker Company’s private label dog food manufacturing business for roughly $33 billion, a deal which included  a manufacturing facility in Frontenac, Kan. The second announcement was a $200 million investment to construct a brand-new facility in Rushville, Ind. The Frontenac facility will continue producing private label dog food formulas as it had previously done under Smucker’s management. Diamond will produce dry kibble formulas at its new facility in Rushville, which will span 700,000 square feet and add more than 170 new jobs to the area by 2023.

In mid-December, Brenntag, a global chemical and ingredient distributor based in Germany, announced plans to expand its animal nutrition and pet food ingredient facility in Kędzierzyn-Koźle, Poland. The company will add a new production line and additional storage space to the existing site. The expansion is expected to be completed by the end of 2022.

DSM Nutritional Products partnered with Wood, a consulting and engineering firm, to upgrade its carotenoid factory in Freeport, Texas. The contract includes various individual projects as part of a larger, site-wide upgrade, such as civil, structural, piping, electrical and fiber optic improvements.

As part of the partnership, Bühler will design and equip a processing line to help Agronutris efficiently process grown larvae into quality protein meal and lipid ingredients. (Photo courtesy of Bühler)