We use cookies to provide you with a better experience. By continuing to browse the site you are agreeing to our use of cookies in accordance with our Cookie Policy.
Home » Transparency: a lifeline for pet food, feed brands during times of crisis

Transparency: a lifeline for pet food, feed brands during times of crisis

KANSAS CITY, Mo. — Regulatory standards for the safety of pet food and feed have heightened in recent years, as have consumer voices demanding the highest-quality product, free from confusing labels and cryptic ingredients. What’s more is how social media and the way people get information are also evolving, making it easier for recall situations to blow up quickly — and more publicly — in the face of a brand.

As pet owners continue to ask and expect more from pet food manufacturers, Hinda Mitchell, president of Inspire PR Group, says transparency is the key to building trust, getting in front of negative publicity, and advancing the public’s understanding of the industry as a whole.

Mitchell presented on the topic, “Crisis Management and Transparency,” during the 2019 Feed and Pet Food Conference in Kansas City, co-hosted by Pet Food Institute (PFI) and the National Grain and Feed Association (NGFA). She explains how manufacturers can establish a transparency plan that tells their brand story, and how it can help them effectively handle recalls and other crisis situations.

Transparency can be a valuable tool for mitigating crisis situations, but it can also be used as a platform on which manufacturers can build a brand that consumers can trust.

Mitchell suggests transparency is not so much a statement as it is a dialogue. Responding to comments and questions on social media – especially the tough ones – is a good way for brands to showcase their transparency and willingness to have a conversation about it.

“You can’t just push transparency; transparency is a conversation. It’s storytelling. It’s engagement,” she added. Mitchell also suggests that companies “do well and do good” by getting involved with their communities and interacting with people, consumers and employees.

Additionally, pet food and feed brands can establish a sense of transparency among their consumer base by developing media and materials that explain their processes and values, including the ingredients in a product and why those ingredients are beneficial to animal nutrition, Food Safety Modernization Act (FSMA) compliance, and traceability along the supply chain.

Having a plan for what the message will be, how it will be delivered and who will be delivering it when crisis strikes is something brands should decide preemptively, rather than waiting until something happens.

The first three questions brands should be able to respond to during a crisis are: what happened, what was done about it, and what is continually being done to make sure it doesn’t happen again?

Addressing concerns internally is also a part of being transparent, Mitchell says. “Just like we talked about transparency outwardly, transparency within your stakeholder groups also matters – with your customers, with your employees, with regulators,” she explains.

Mitchell points out that as brands develop transparency stories and think about how they communicate those to consumers, it’s important to understand that the ways in which people learn are changing with the times.

“Just like we talked about transparency outwardly, transparency within your stakeholder groups also matters – with your customers, with your employees, with regulators,” Mitchell explains.

To combat these two biases, Mitchell says pet food and feed manufacturers should work proactively toward educating consumers about their processes and values. In times of crisis, it’s important to communicate preventive and correctional procedures before the issue occurs rather than after the fact, Mitchell adds.

Preparation is the key here. “It’s about getting in front of the concerns, deliberately and consistently,” she says. Keeping plans updated and committing to a swift response are also helpful when dealing with crisis situations, according to Mitchell.

“Have a well-balanced, measured and responsive message. You may have to say it a hundred times over the course of a few days. You may be pushing out the same message over and over, and that’s okay,” she says.

Additionally, Mitchell says denying or lashing out at questions from the media or consumers is not a smart or effective way for manufacturers to handle a crisis situation.

Mitchell points out that a few brands within the animal food industries are feeding into a narrative of fear by using other brands’ recalls or food safety issues as a competitive advantage to market their own product.

Being strategic on social media

Mitchell says social media is a game-changer in the world of crisis control and the way brands choose to respond plays a major role in influencing consumers.

“Just a few years have changed everything about how we do crisis response, and social media strategy has to be a part of that,” she says.

Mitchell suggests assigning an employee to continuously monitor social media accounts and respond to consumers, mitigate negative comments directed at the company and continue to push the brand story.

“Even if you start with just a few followers on one page, these things can blossom out of control very quickly and I know you’ve all seen that happen,” Mitchell added. 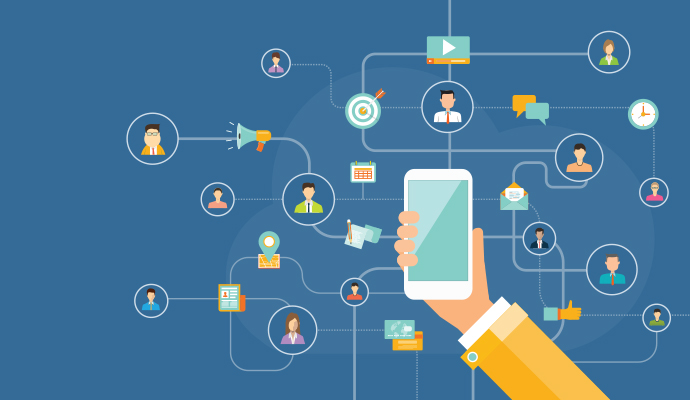 She says brands and manufacturers should be responding to consumers’ questions and concerns on social media channels. However, once a brand has answered a consumer’s initial question and a couple follow-up questions from that same consumer, it’s smart to take that conversation off-line and continue the conversation with them directly.

Mitchell also challenges brands to resist deleting comments from ‘keyboard warriors,’ as she calls them — which include angry, accusatory or aggressive posts on social media — and to engage with them in a positive and sincere way instead.

“When you’re responding to bad news, you can lean into the transparency messages that you’ve put together and those values. Think about what you stand for, what do you value as a company, as an organization, as an industry? Use those to communicate,” she says.

Knowing when to move on from the subject, as well as how to address questions and handle aggressive posts from consumers, are also crucial for successful crisis management on social media.

“If you’re in the middle of something serious, don’t get back to your regularly scheduled programming on social media until the crisis has sort of devolved,” Mitchell suggests.

Deciding what to share and what not to share is an important question for brands pursuing transparency. Brands should decide for themselves how far they want to travel down the road of full disclosure; transparency will look different for each company based on its overall values and consumer base.

“Don’t share more than what is appropriate… Transparent doesn’t mean you have to just continually spew out information. Share what’s appropriate at the time. Let them know what you know, commit to telling them more when there’s more to share,” Mitchell suggests.

“If you really are good at transparency, it’s going to feel a little uncomfortable from time to time,” and it will also generate more and more questions about your processes and values, Mitchell says.

“If you really are good at transparency, it’s going to feel a little uncomfortable from time to time," Mitchell says.

She also mentions that a certain level of transparency can make some consumers feel uncomfortable, so it’s important for companies to keep their respective consumer bases in mind when deciding what to share and what to withhold.

Leveraging all your resources

Mitchell encourages pet food and feed brands and manufacturers to utilize both internal and external resources to develop their brand stories and achieve some level of transparency.

Cultivating a culture of transparency — much like a culture of food safety mentioned by Dr. Steven Solomon, director of the Center for Veterinary Medicine (CVM), at the same conference — should be a collective effort involving people at all levels, from top executives to hourly employees, Mitchell says.

“It really starts internally. You’ve got to start giving your team information, you’ve got to live and walk the talk, [and] you’ve got to be transparent in what you do so they see that and model that,” she explains, emphasizing how transparency can be spread throughout an organization through a “lead-by-example” approach.

One way brands can do this, Mitchell explained, is by giving their employees a space to tell their personal stories, including how long they’ve been with the company and what they do to ensure food safety and quality inside the operation.

“Transparency is a great way to lead crisis response… a culture of transparency is just really good for business. And if there’s no other reason to do it, guess what? It really is the right thing to do,” Mitchell says.

Deciding to become transparent isn’t the hard part; it’s the follow-through that is most challenging. Mitchell argues that pet food and feed industry companies are better off “shouting from the rooftops” about their transparency, or else a competitor or consumer could use their silence against them when a crisis situation arises.

“Transparency is a great way to lead crisis response… a culture of transparency is just really good for business. And if there’s no other reason to do it, guess what? It really is the right thing to do,” Mitchell concludes.